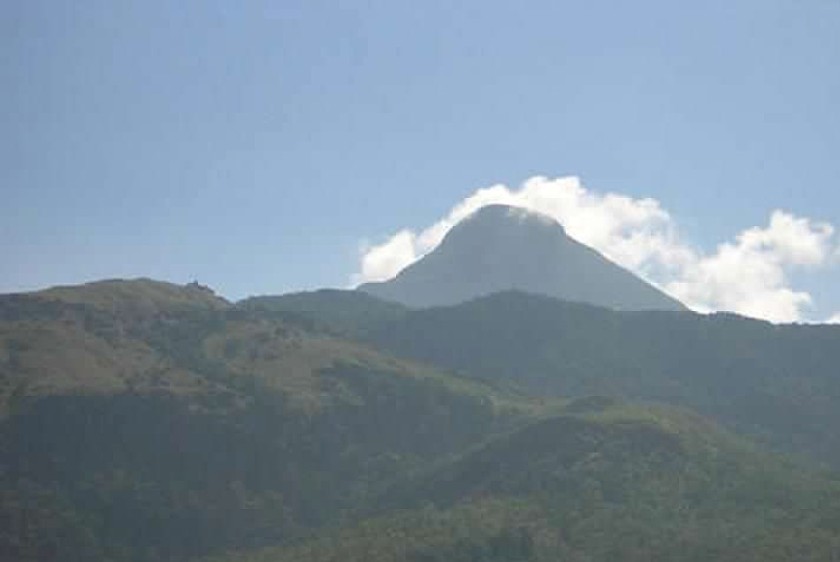 (The trek was in 2006 and the piece was published in Destination Kerala in the same year and later in Deccan Chronicle)
For a long time I was looking for a small cohesive group for this long cherished but much postponed trek to Agasthykoodam. Unless the fellow travelers are on the same wavelength I was sure that the three days of an otherwise heady trek to the second highest peak in Kerala, will turn disastrous. Finally two veteran journalists and two young executives of varied interests made the team perfect. Agasthykoodam is a legendary herbal mountain located 60 Kms North East of Trivandrum on the southernmost tip of the Sahya ranges. A journey to Agasthyakoodam, believed to be the abode of sage Agasthya, is a way to rejuvenate your body and soul. While it is a spiritual quest for some, for others it is a close encounter with nature at her pristine best.
We got the clearance from the Forest Department without any fuss. They had gone an extra mile in providing us with the assistance of two armed guards throughout our trek. In addition we availed the paid services of three other helpers from the local Eco Development Committee for carrying our provisions and cook for us for the next three days in the forest. The journey of around 30 km was carried out in two phases, starting from Bonacaud a sleepy tea county now in disarray. The tea estates are abandoned by the owners and the plantation workers have turned to either eco- tourism or illicit brewing for a living.To preserve the rich flora and fauna of Agasthyamala and the surrounding areas covering around 1025square kms, Agasthya Vanam Biological Park was established in 1992. The intention was to restore the degraded forests and restoring plant life. So you will get to see a large number of rare trees and exotic colorful orchids. More than two thousand varieties of rare herbs of medicinal value can be found here. Eighty percent of the plant species here are said to be unique to this region. No wonder Agasthyakoodam and its surrounding Western Ghats, constitute a complete ecosystem of bio-diversity.

We started early morning. The first phase of trekking was mainly through the plain forests and so not too strenuous. The sunrise among the hills and the trees was a glorious sight. After the first few miles we entered the dazzling grasslands dotted with trees, a welcome sight for our city-weary eyes. The elephant grass, at certain places, was as tall as ourselves and soon we realized that we should have worn full sleeves to escape their sharp blades. On the way we had to cross endless streams but the real challenges were Neyyar, Karamanayar and Vazhappinthiyar where we had to hop from rock to rock through the river bed or form a human chain to keep balance. And then there were the hills so steep that the forehead will touch the knees as you climb up and the cooling waterfalls to recharge your exhausted body and soul.

In the deep forest we met a tribal (Kani), with his companion dog, collecting herbs. He identified for us the famous herbs “Arogyapacha” “Chakkarakolli” and “Kallurukki” proven antidotes for debilitating diseases, diabetes and urinary calculus. But visitors be careful, as you are not allowed to take away any of the herbs or other forest produce. On the other hand the tribals seem to have a right for collection, may be on the confidence that they don’t exploit nature like the greedy outsider. I was told that there is a weekly market called “kanichantha” at Kottur near Vithura where the tribals sell their forest produce.

By late afternoon we reached Athirumala where there is an unmanned wireless station in a dilapidated building surrounded by a moat to dodge wild animals. Though there was a statutory warning exhibited on the building indicating its perilous condition we had no other alternative to spend the night. From Athirumala the towering summit and the surrounding mountains bathed in moonlight is a breathtaking sight. Our helpers cooked food for the night and we celebrated the evening with campfire and “Cholkazhcha” (poetry recital) from the works of Kadammanitta, Ayyappa Panicker and to top it all Agasthyahridayam of Prof.V.Madhusoodanan Nair.

The climb to the summit began early next day. It is a strenuous stretch where every step is an effort and some times one has to use all the four limbs. At one or two places there are ropes tied to huge nails driven into rocks to prop the climbers. But the efforts are amply compensated by every glance that reveals a new scene of the sweeping scenery of the mighty Sahya ranges. As one climbs the remaining stretch of the steep rocky heights, the beautiful Sahyadri panorama hosts a feast for your eyes.

Pongalappara is a halt before you reach the summit and many devotees do a ritual ‘pongala’ here. At Pongalappara we came across people coming from Tamilnadu trekking through Papanasam and Ambasamudram. In fact the eastern slope of Agasthymala stretches to Tirunelveli and the southern side to Kanyakumari districts of Tamil Nadu.

Finally the summit; at 1868 m above sea level we were walking above the clouds soaked in the ambience as time flies. There is a large sculpture of Sage Agasthya installed by Swami Vishnudevananda in the recent past. We were atop the mountain revered by both Buddhists and Hindus, believed to be the abode of the Bodhisattva Avalokitesvara as well as of the sage Agastya, a disciple of Shiva, the mythical place referred in the Tamil Sangam literature as Potalaka.

Rather reluctantly we began our trek downhill. Pechippara Dam, Tirunelveli town and Ambasamudram were clearly visible from many places. On the way down our mobiles started ringing reminding us that once again we were in the range of civilization.

How to reach Agasthyakoodam: The nearest railway station as well as airport is Tiruvananthapuram and Agasthyakoodam is located at a distance of about 80 km by road. Once you reach Tiruvananthapuram, you can avail of any local means of transportation like buses and taxis to reach Bonacaud from where the trekking starts. Forest Department gives permission to visit Agasthyakoodam only during December to April and the passes are limited. 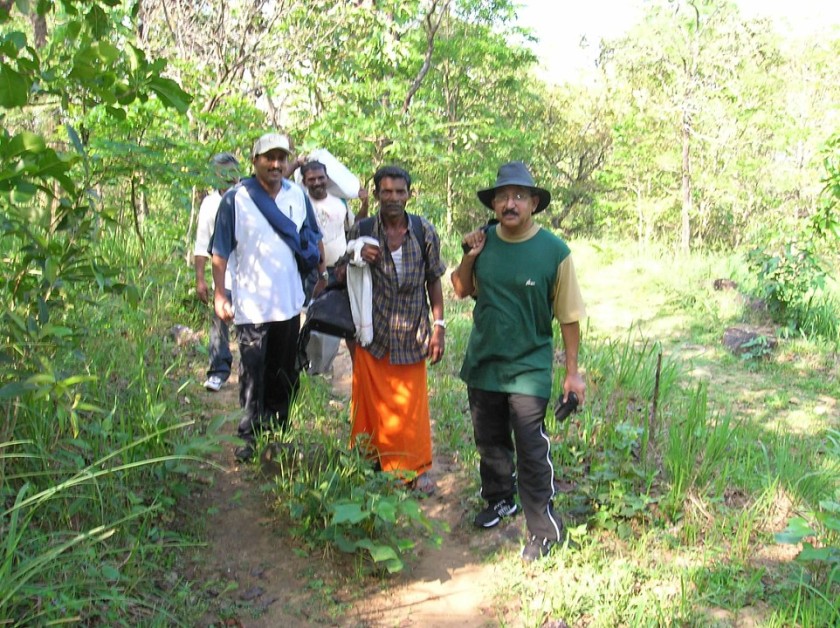 One thought on “Agasthyakoodam the Herbal Mountain”

This is a text widget. The Text Widget allows you to add text or HTML to your sidebar. You can use a text widget to display text, links, images, HTML, or a combination of these. Edit them in the Widget section of the Customizer.
Loading Comments...
%d bloggers like this: